EuroVelo 8 is currently planned to run some 4500 kilometres on the European mainland, from Cadiz in Spain to Athens in Greece. Our stretch is just 116 kilometres from Meyrargues to Draguignan and Les Arcs. Our website digs deep to give you all the details. 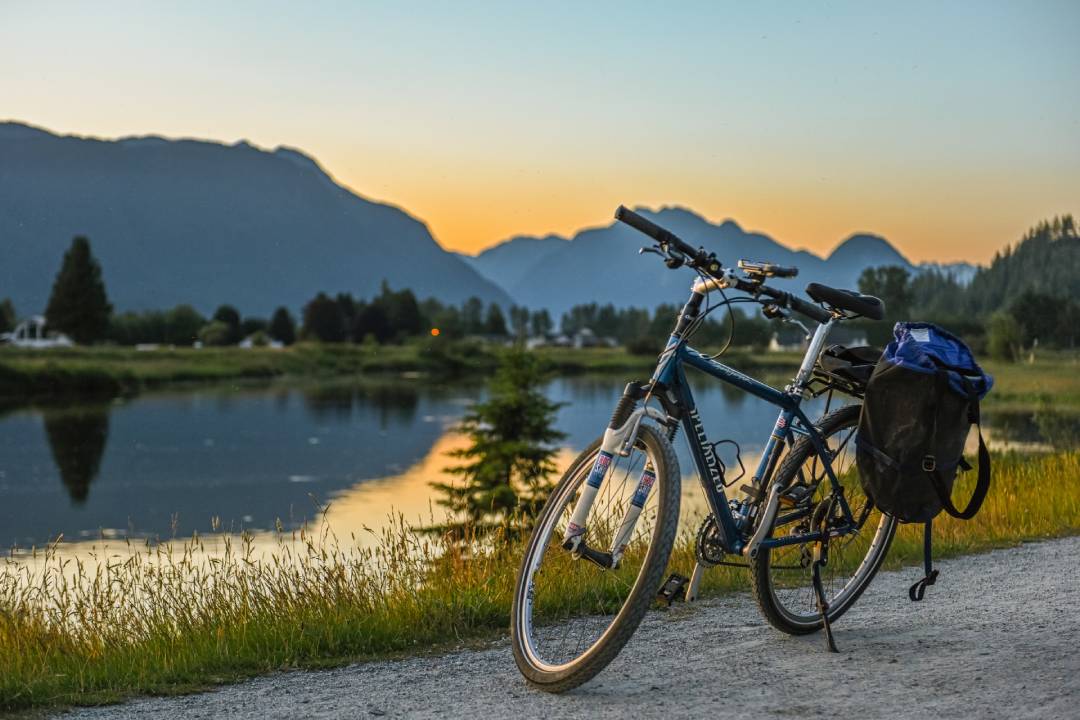 EuroVelo 8 is currently planned to run some 4500 kilometres on the European mainland, from Cádiz in Spain to Athens in Greece. It will also extend over the Aegean Sea to Cyprus and Turkey. Overviews of the whole route can be found here and there on the internet. There is also an official site dedicated to the 850km French section on francevelotourisme.com, which has some useful details about the EV8 between Spain and Italy.

Our patch here in Provence verte consists of around 116 kilometres. This runs from Meyrargues in the west to Les Arcs in the east.  Each of these towns are accessible by regional trains which allow bicycles on board without prior booking. Details about getting to our region by train and bike can be found here. In Draguignan, the EV8 continues east towards Grasse, Nice and Italy. But since there is a good cycleway from Draguignan to Les Arcs, Vigne a Vélo, we complete our stretch using this. Meanwhile we’ll be keeping an eye on developments between Draguignan and Nice.

We have divided the EV8 from Meyrargues to Les Arcs into 9 itineraries. The first 21 kilometres, from Meyrargues station to Rians, involves a pleasant ride alongside an EdF canal, followed by a series of alternating stretches of main road and small side roads as the EV8 passes through the village of Jouques. From Jouques there is a quiet few kilometres on the route of the old railway line. But towards the departmental border of Var and Bouches dû Rhone, there is only the main road. At the border, the Aquaduc de Saint Bachi, is a pinch point for the EV8. Here an innovative solution needs to be found. Beyond the border, the EV8 soon reverts to the old railway route all the way into Rians.

The second stretch, 18 kilometres from Rians to Varages, includes substantial cycling on the route of the old railway line, though much of it still needs to be resurfaced. There are also stretches where the main road has to be used, though this is not as busy as elsewhere.

The third stretch, 6 kilometres from Varages to Barjols, can be done on the old railway line route, which in 2022 is in the process of being re-surfaced. This makes it a great route to use, though not yet officially open.

The fourth stretch, 17 kilometres from Barjols to Sillans-la-Cascade, is largely completed, though at the time of writing not yet officially opened. There are a couple of short stretches where the main road has to be used, but otherwise most of this section is on the dedicated cycleway created from the old railway line.

The fifth stretch, 9 kilometres from Sillans-la-Cascade to Salernes, is in a “nearly open” state, and can be cycled on the old railway line until you reach the outskirts of Salernes.

Salernes to Lorgues, 14 kilometres, is officially open and is a joy to ride. However some parts are shared with local motor traffic, especially in Lorgues.

Similarly Lorgues to Flayosc, 9 kilometres, is an officially opened section. This is a lovely cycleway, passing through archways and three tunnels. However, as the official French site notes :

“Before Flayosc there’s a series of short tunnels for which you need to put on your lights. Note that you may encounter some motorized traffic coming in the opposite direction in these tunnels.”

Stretch eight (8 kilometres) leads us into Draguignan. After the officially opened section ends, the EV8 takes a steep descent into the town centre on small side roads. There is a signed route involving steep climbs and decents, and our choice which is more direct, less hilly, but involves a 100 metre long footpath.

Finally, from Draguignan there is the 14 kilometre long Vigne a Vélo cycleway to Les Arcs-sur-Argens railway station.

In the near future we shall document the 58 kilometre-long stretch of EV8 to the east of Draguignan.This is partly finished, taking cyclists to the site of the old Gustav Eiffel viaduct over the river Siagne , sadly destroyed during World War 2. Across the river Siagne is the department of Alpes-Maritimes, Cannes, Nice and Italy.

Meyrargues - Les Arcs GPX file
Les Arcs - Meyrargues GPX file
FR
We use cookies on our website to give you the most relevant experience by remembering your preferences and repeat visits. By clicking “Accept All”, you consent to the use of ALL the cookies. However, you may visit "Cookie Settings" to provide a controlled consent.
Cookie SettingsAccept All
Manage consent